The Last recorded songs of renowned singer-songwriter John Whitehead, must be heard by the World. They send Inspirational Uplifting Messages of Freedom, Love and Light. It was John’s last wish before he passed that his inspirational ‘Message’ songs go out to the masses.

John prophesied that these wonderful songs would be as great if not greater than his songs that were nominated for Grammys such as “Ain’t No Stoppin’ Us Now.”

You can help make it happen and grant John Whitehead’s Last Wish!

Please share “Finally I’ve Seen The Light” with others and send it Viral.
Download it and you will be blessed > Pass it on and bless others

With the World in turmoil, people divided, drugs everywhere and violence rearing its ugly head in our cities and towns, The Love of Money is replacing the Love of God and for God. It is high time We The People Stand Tall, Wake Up Everybody, Let Freedom Ring, so we can sing Finally I’ve Seen The Light. This is John’s Message to The World.

While tragically John is no longer with US, his spirit lives on in his music. Believe It Or Not this is the reason Why we must Let the Music Play.

Let’s send a Message In A Rainbow, make John’s songs go viral and pay tribute to the man they called Mr. Music!

For More about the Tribute to John Whitehead > Visit the website of Rita Israel’s Queen of Song.

“O sing unto the Lord a new song: for he hath done marvelous things…”  Psalm 98

Oh.. I’ve Seen the Light.. Yeah
And every thing is gonna be alright

The glare.. Oh…it woke me up this morning
Once I was blind… Now I see
Feel it, Yeah 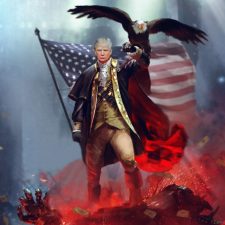 Trump Victory – Belongs to the LORD 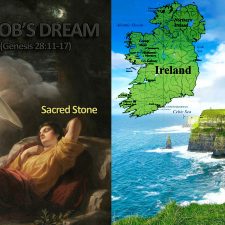