An Amazing new discovery shows Joaquin was “Raised by God.” 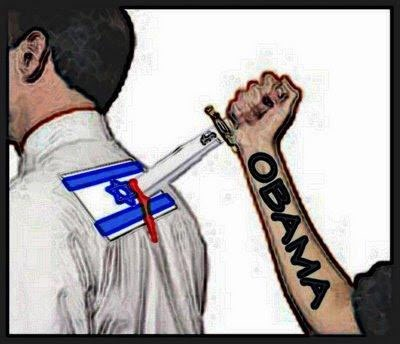 America Beware!  Obama stabbed Israel in the back at the UN and on the Iran Nuke Deal. Disaster from the heavens then suddenly struck America. At the exact same time as Obama disrespected Israel at the UN, an historic 1000 year storm formed from Hurricane Joaquin and rained down massive flooding on South Carolina which was declared a Disaster Area by Barack Hussein Obama.

Was it a coincidence? Hardly, it was a God-Incidence.
Facts: On October 1, 2015 Hurricane Joaquin intensified in the Atlantic Ocean to a Category 4 storm with powerful 130 mph winds after pounding the Bahamas. It became the strongest Atlantic hurricane in 5 years. By the morning of Thursday October 1, weather forecasters were unsure whether it would head inland on the Eastern Seaboard or continue northward skirting the east coast as some weather projection models indicated. The mighty intensifying hurricane was about to bring with it torrential rains at the same time Israeli Prime Minister Benjamin Netanyahu was at the United Nations in NYC about to deliver to the World body a significant speech on Israel’s strenuous opposition to President Obama’s inadvisable and dangerous Iran Nuke Deal. Netanyahu’s speech to America and the World coincidentally began just as the Super Storm Joaquin was aiming its wrath on the American Mid Atlantic Coast.*

On October 1, 2015 Hurricane Joaquin’s eye had shrunk from 41 miles in diameter early in the morning to 27 miles in diameter by afternoon. Shrinkage of the eye is common in intensifying major hurricanes. Joaquin’s eye then took an angry look at South Carolina as it was plotting its course. This was just after U.S. president Barack Hussein Obama simultaneously ordered the U.S. Delegation to the UN (Ambassador Samantha Power and Secretary of State John Kerry) not to attend Netanyahu’s speech intentionally “dissing” the Israeli Prime Minister and in effect turning his back on Israel. “Ambassador Power and Secretary Kerry were unable to attend Israeli Prime Minister Netanyahu’s speech before the General Assembly because they were called into a meeting with President Obama, which they participated in via video teleconference,” a State Department Official told Breitbart News. Obama himself also neglected to attend the Netanyahu address to the UN. Obama’s disrespectful action was later described by news media sources as a “Slap in the Face” to Israel.

When America turns her back on Israel she is at the same time turning her back on the Holy One of Israel who established the Land of Israel promising the land as an inheritance exclusively to the descendants of Abraham, Isaac and Jacob forever. Jacob passed the blessings of The Lord on to his 12 sons the Twelve Tribes of Israel.

What Obama Did During Netanyahu UN Speech Is the Ultimate Slap In Israel’s Face. See: Western Journalism

“Ambassador Power and Secretary Kerry were unable to attend Israeli Prime Minister Netanyahu’s speech before the General Assembly because they were called into a meeting with President Obama, which they participated in via video teleconference,” a State Department Official told Breitbart News.

Although they were both in New York for the United Nations General Assembly meetings, the two high-ranking U.S. officials were notably absent for the entirety of the Israeli Prime Minister’s speech….

During his speech, the Israeli Prime Minister excoriated the international body for not condemning the Iranian regime when it calls for Israel’s destruction.

“70 years after the murder of six-million Jews, Iran’s rulers promised to destroy my country, murder my people, and the response from this body, the response from nearly every one of the governments represented here, has been absolutely nothing. Utter silence. Deafening Silence,” Netanyahu said.

Netanyahu railed against the Iran deal, an agreement which President Obama helped facilitate.

In his address, Netanyahu said that Iran’s “plan to destroy Israel will fail. Israel will not permit any force on earth to threaten its future.”

“Israel will not allow Iran to break in, to sneak in, or to walk into the nuclear weapons club,” he pledged.

It has been established by recorded historical events that Disaster strikes America when America mistreats Israel!

Acting on a hunch of mine no doubt a sudden inspiration received from the Holy Spirit, I researched the name Joaquin and not unexpectedly it is derived from Hebrew and the name means Raised by Yaweh (God); Yaweh will establish, established by; Yaweh is salvation. It is a derivative of the Hebrew name Joshua or Yeshua in Hebrew which means Salvation of God which is the actual meaning of the name “Jesus” (the Latin form of the name from Greek). It should be eminently clear by now that Hurricane Joaquin was Raised by Yaweh God as a direct response to Obama mistreatment of Israel once again!

What does Joaquin mean?

[ 2 syll. joa–qui(n), jo-aqu-in ] The baby boy name Joaquin is pronounced as HHWaa-KIY-N †. Joaquin is used mostly in Spanish and it is of Hebrew origin.

Right after the Netanyahu UN speech on Thursday morning October 1, 2015 a deluge of biblical proportions rained down on the East Coast of the U.S. from the Carolinas north with warnings and State of Emergencies declared in Virginia and New Jersey, but the State of South Carolina received the brunt of the wrath of the storm.

In three days, parts of the Carolinas received more rain than parts of California have recorded in the last three years. To visualize how much rain 27″ is, consider this: Mt. Pleasant, SC (right next to Charleston) saw 26.9″ of rain in about 72 hours. The city of Boston has seen 26.8″ of rain for the ENTIRE YEAR. That includes all the water content of our record snowfall. So picture every rain shower, every thunderstorm, every snowflake you’ve seen through 2015. And then have it all fall on your head over the course of a weekend. It really boggles the mind. Storm damage could be in the billions from the relentless historic rainfall. At least 4.4 trillion gallons fell before things finally started to wind down.

Dubbed a “1,000 year rain event” by meteorologists, the flooding has been blamed for at least 17 deaths throughout the state. Gov. Nikki Haley didn’t mince any words Sunday about just how dangerous a situation the weather had become in her state.

“We are at a 1,000-year level of rain,” Haley said at an afternoon news conference. “That’s how big this is.

“It wasn’t hyperbole. Since weather records don’t go back far enough to know if it’s rained this much in South Carolina in a 1,000 years, a “thousand-year rainfall” means that the amount of rainfall in South Carolina has a 1-in-1,000 chance of happening in any given year, explained CNN meteorologist Taylor Ward. 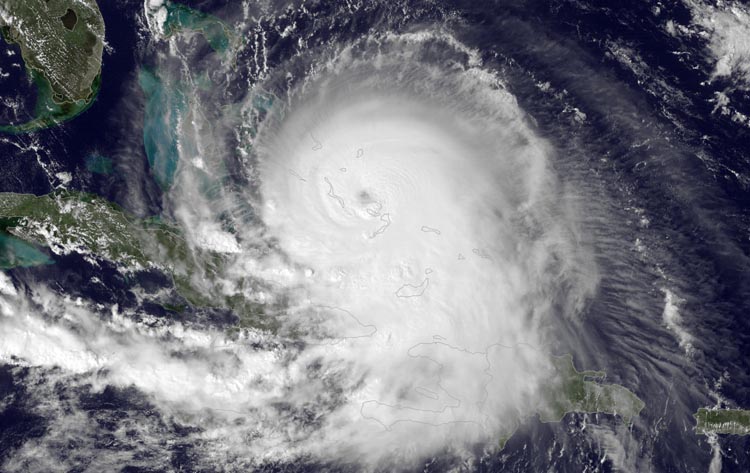 Joaquin is an uncommon beast: a major hurricane that did not develop from an African tropical wave. These waves serve as the origin of about 85% of all Atlantic major hurricanes. According to TWC’s Stu Ostro, Joaquin’s origin can be traced, in part all the way back to a upper-level trough that came off the coast of the Carolinas on September 15 (animation here). This trough became a cold upper low northeast of the Leeward Islands, then warmed and transformed into a warm-cored tropical cyclone. These sorts of systems are usually too far north to have warm enough water temperatures to make it to major hurricane status, but with the waters of Joaquin’s birth a record warm 30°C (86°F), this was not a problem for the storm.

Historic rain/flood/surge still in the cards for U.S. East Coast
Joaquin’s presence, even at sea, is one of many factors now lining up to help produce a weather event that may rival many U.S. Category 1 hurricane landfalls in terms of impact. “The duration of this wind event is absolutely mind-boggling,” said storm-surge expert Hal Needham in a blog post on Thursday morning. Onshore winds of more than 20 mph could be affecting the mid-Atlantic coast for more than 96 solid hours, regardless of Joaquin’s track. High water will be present for as many as 10 high tides over several days, increasing the risk of erosion and flooding along the coast as well as up to a few miles inland. “This developing situation is truly historic and has not been observed in the modern history of the Mid-Atlantic Coast,” says Needham.

2015 Other pertinent events on timeline

+ The Palestinian flag was raised in the White House rose garden at 1:00 pm local time (6:00pm GMT) on Wednesday as a large crowd of diplomats and reporters watched on.

+ Obama Is Using The Threat Of A UN Resolution That Would Divide The Land Of Israel To Blackmail Netanyahu – See: End of the American Dream

The Bible Prophet Joel warned about the consequences of anyone parting (dividing) the land of Israel with the Palestinians!

Joel 3:2 – I will also gather all nations, and will bring them down into the valley of Jehoshaphat*, and will plead with them there for my people and for my heritage Israel, whom they have scattered among the nations, and parted my land.

*Jehoshaphat in Hebrew translates Yaweh (The Lord) has judged. Thus, God will judge in the Valley of Judgment whoever divides his land Israel and will defend His people from those enemies of Israel who seek to harm or uproot them.

Recall the Bible Scripture referring to Israel at Genesis 12:3  where God promised Abraham, “I will bless them that bless thee, and curse him that curseth thee…”

+ South Carolina experienced record rainfall, with at least 11.5 inches falling October 3 and 27 inches total in some inundated regions during the epic storm.

By contributing to the Sword of The Lord Messianic Ministry
you are helping to get more Messages of Freedom and Truth out to the masses.

Source: sword of the lord