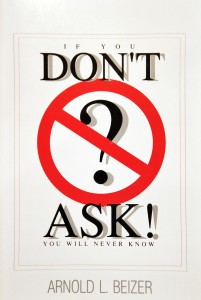 If you Don’t Ask You Will Never Know

“Declare it in the isles afar off, And say, he that scattered Israel will gather him, and keep him, as a Shepherd doth his flock” (Jeremiah 31:10)

Why all the secrecy? After extensive research — an astonishing discovery! The Lost Tribes of Israel were never really lost…only departed for a little while (Isaiah 54:7-8). Their identity, once hidden, can now be revealed and is found in the pages of “If You Don’t Ask You Will Never Know.” Find out what modern-day nations are the children of Israel and brothers to the tribes of the nation of Judah (the Jews).

“Surely the Lord God will do nothing, but he revealeth His secret unto His servants the Prophets.” (Amos 3:7)